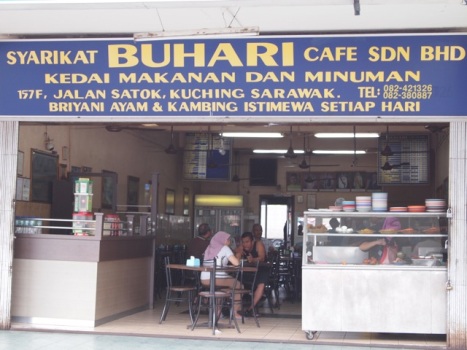 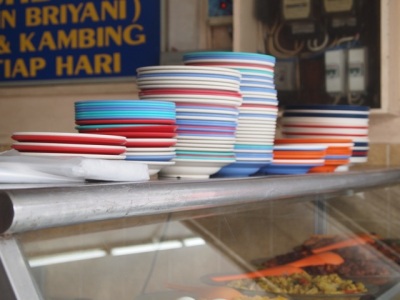 Each of the 13 states of Malaysia has its own eclectic cultural mix. Sarawak’s diversity comes predominantly from its Dayak, Chinese, Malay and Melanau populations. Dayak is a collective term for the indigenous people of Sarawak and includes the Ibans (Sea Dayaks), Bidayuh (Land Dayaks), Orang Ulu with many smaller subgroups.

One ethnic group under-represented in Sarawak is the Indians. I had an Indian friend at school; we met when her family transferred from Kuala Lumpur. I loved the bright and colourful saris and salwars that S and her mother would sometimes wear. But it did mean that I grew up uneducated in a cuisine of huge importance in Malaysia. My introduction to Indian food took place in New Zealand, and 20 years ago, the offerings in Christchurch were sparse, and uniformly westernized. Luckily things have improved dramatically. In Auckland, there are many Malaysian restaurants serving fantastic South Indian foods.

My friend from high school, HC took me Bahari Café for a roti canai breakfast. This place is an institution in Kuching, and well-known for their roti canai and famous for their nasi biryani. The roti canai man only works until ~9am, so we were lucky to be one of his last customers. 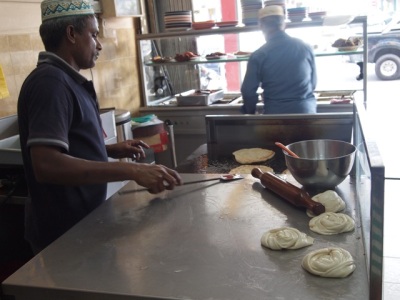 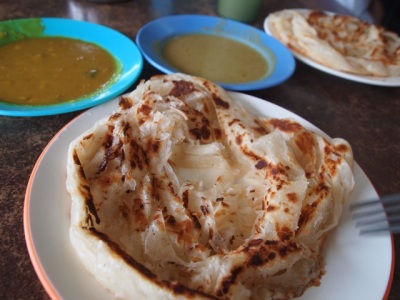 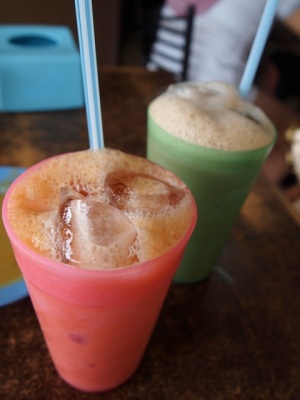 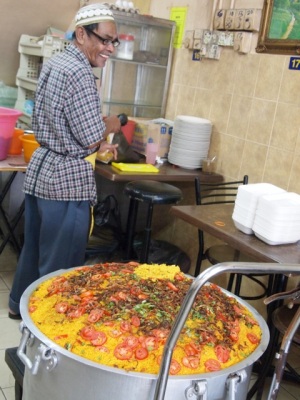 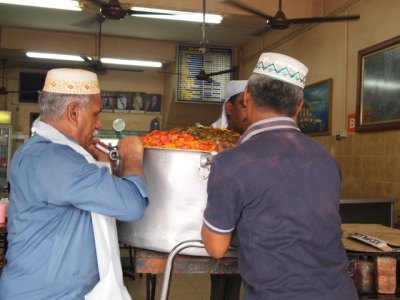 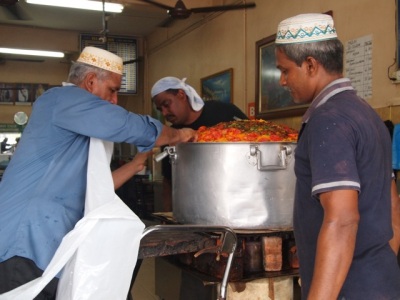 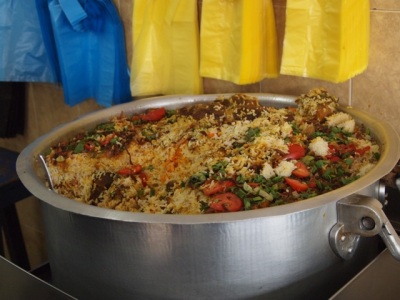 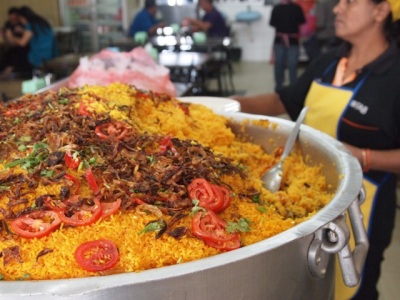 I got two portions to take home for lunch, and true to the accolades, these are amazing nasi biryani, brimming with flavour and delicious chunks of meat. Definitely come here for lunch if you are ever in Kuching. A huge portion of nasi biryani ayam served with gravy and homemade chili sauce is RM$6.50, the mouth-watering nasi biryani kambing is RM$8.50.